The War For Cybertron – Game Review

We all are very familiar with The Transformers. Even if the elders don’t know about them, they get their know-how about these from their kids who are quite aware of the same with the advent of internet and technology. There are movies, comics and cartoons of these characters. The most liked form of the Transformers is the game named Transformers- The War for Cybertron. 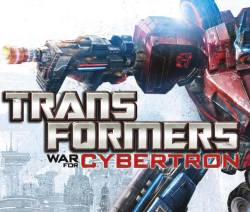 The Transformers originated on the alien planet Cybertron before they came to the Earth. This game is about the mutual conflicts between the Transformers to gain the ruling control over the Cybertron. Every transformer is a robot with the special abilities of transformation to some form of mass destruction and power. The conflict for power turns into a war between them. Those having a same thought process about protecting the Cybertron formed one group Autobots. The others who were inclined to capture and rule the planet formed the rival group Decepticons. The Autobots is lead by Optimus Prime and the rivals are lead by the Megatron. There is a choice for the players to choose the game chapters.

There are four classes in which the transformers are sorted. Those are The Leader, The Soldier, The Scientist and The Scout. Every transformer is assigned one of these classes. Their powers, artillery, robot form and the vehicle form is governed by the class they are assigned. The players can switch between any forms at any point of time in the game. Though the main task is to destroy the enemy, the character has to collect the different kinds of weapons it comes across.

In all the stages, also called as campaigns, of the game, the player can choose between any of the three transformers. Single Player and Multiplayer are two modes of the game. The players can make an entry or exit at any given point and at any stage of the game. Transformer – War for Cybertron is programmed in such a way that if the number of players is less than three then the game itself takes care of the missing characters. The design of all the stages of the game is such that all the transformers can easily maneuver through the game in the both the modes. The game commences in order of time of occurrence with the Decepticons stage. It can also be played from the point of view of the Autobots. The storyline of the game spins around the Dark Energon. “The Golden Age”, as believed by the Decepticons head Megatron, will be the period when he will be able to come back to the Cybertron 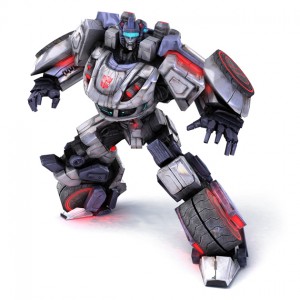 Transformer from the game

The video game Transformers: War for Cybertron was build by High Moon Studio’s and the all the market activities and advertising was done by Activision. Its first release was done on 22 June, 2010 in North America. In the television publication territory (PAL) covering Asia, Europe and others it was released on 25 June, 2010. This release was for the Computers, Laptops, Xbox and the PlayStations.  Soon after some time two different versions, one having the Decepticons Stages and the other having the Autobots Stages, were brought in the market for the Nintendo DS

Transformers: War for Cybertron is one of the most popular and the liked game where the players can become whoever they want with all the superpowers. It’s up to the individual player who he wants to become, The Evil Decepticons or the Hero Autobots.