Transformers: Dark of the Moon PC Game is a mix of third-person shooter and vehicle combat with plenty of slam-bam action and undeniably enjoyable weaponry. In the end, with less-than-stellar graphics and weird physics, you’re left with a game that just makes you want more 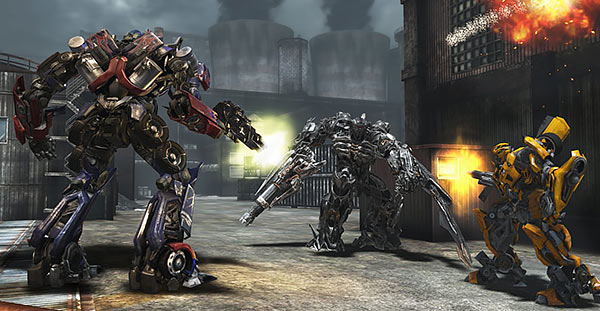 Transformers: Dark of the Moon stands as a companion game to the blockbuster movie starring everyone’s favorite giant robots and although it contains plenty of slam-bam action to entertain fans, the fun just doesn’t last long enough. It also suffers from some poor graphics and a few other problems which hold it back from being a classic so unless you’re a die-hard Transformers fan, this can easily be missed.

A desperate race against time

The main story campaign takes place after Revenge of the Fallen and finds the Autobots still on the hunt for those pesky Decepticons, with Optimus Prime, Bumblebee and Mirage testing out a new stealth upgrade developed by Wheeljack which they hope will make the task easier. However, when Bumblebee stumbles across a secret Decepticon base in the desert, thus begins a desperate race against time to defeat the renegades’ plans and which sees them battling it out with their deadly enemies in a variety of locations across the globe, from the under siege city of Detroit to an abandoned base in Siberia and the wilds of South Africa.

For fans of Transformers, Dark of the Moon is a perfectly decent action game that delivers exactly what you’d expect. It’s a reasonably inventive mix of third-person shooter and vehicle combat that allows you to switch between robot and vehicle as you please, with a great cast that includes all your favourite characters from both sides, including Starscream, Sideswipe and of course Megatron. Each character has plenty of special abilities to make use of and a lot of the fun comes from experimenting with them to discover their unique destructive skills and to play with their undeniably enjoyable weaponry.

However, you’ll soon start seeing problems as you start to explore the game and one of the most obvious is the undeveloped level design, where environments feel empty and frankly dull. There’s no real sense of awe as seen in War from Cybertron and while there are some nice lighting effects, the game is largely bland and uninteresting in its graphics. 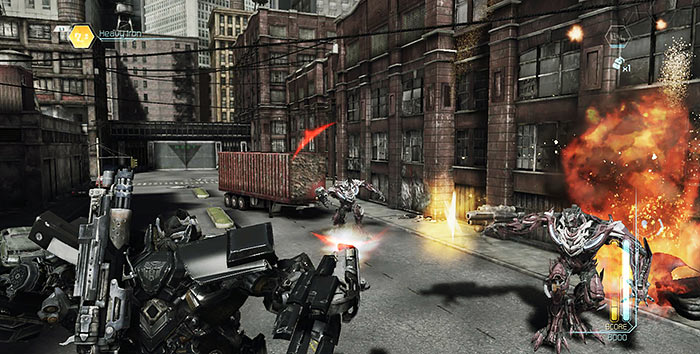 Another problem is the introduction of the Stealth Force mode which although it seems like it will be a fun addition, actually turns out to be a major drawback as it creates very little incentive to ever leave it, as it is so much better than being in robot form, with much more effective weaponry which doesn’t have to be reloaded. Story-wise too, the game is a disappointment, with a campaign that is both brief and lacking in drama, although the voice acting is top notch and which helps to redeem things a little.

Dark of the Moon isn’t really a bad game, it’s just one which feels like a wasted opportunity. The action is thrilling and really gets across the bone-crunching nature of robot-on-robot combat, while it’s undeniably cool being able to control so many Transformers. However, thanks to the relatively short running time, it’s all fairly forgettable stuff and you’re unlikely to remember much of it after you’ve switched off. When you add in the less-than-stellar graphics and weird physics, you’re left with a game that just makes you want more and which must ultimately be considered a disappointment.