Best Autobots Which are More than Meets the Eyes

Way back in time, before compact discs and dvds, before direct tv and dish network there was a time known as the 80′s. This was an era of such poor talent and taste. Things like big haired rock bands and Hawaiian shirts were thought to be the coolest thing ever. It was a very terrible decade, unless you were a kid. The 80′s had the best cartoons and arguably the most popular among them was Transformers. There were many fights that took place on the playground over who was the best Autobot or Decepticon, members of the two warring factions from a distant planet that came to Earth to continue their annihilation of each other. Here are the best transformers of all time, a decision long ago discovered on the battlefields of my childhood, somewhere between the tetherball and the monkey bars. 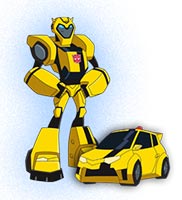 Bumble Bee is the little car that could. Smaller than his Autobot comrades, Bumble Bee can deliver a sting of ground shaking proportions. He made his debut in the very first episode of the old cartoon and has been a fan favorite ever since. His most recent reincarnation from the films has Bumble Bee taking on the form of a new Chevy Camero, However, back in the 80′s he was a very small, gas friendly economy size car. Bumble Bee has always been quick to deliver a joke at another Autobot’s demise, but is the first to jump into action whenever the Decepticons attack. Bumble Bee, because of his small size, makes him the perfect scout for the Autobots. Not to mention his agility at being small allows him to outmaneuver almost anything that might be chasing him. He is extremely loyal to his fellow robots and fans remain loyal to him. 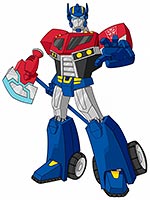 Optimus Prime, the leader of the Autobots, is another favorite of the fans. Optimus Prime is not like any other Autobot, he is a Prime. This means that he has abilities that other Transformers can only dream about and be envious of. Optimus Prime has two main weapons of choice. When his enemies are at a distance, Optimus likes to use a machine gun the size of a minivan. When his enemies are in close quarters with him, he has a very sharp and very long double edged sword that he wields with brute force and deadly efficiency. Because of his leadership position, Optimus seems to keep to himself, always standing apart from his followers. When in his robot form, Optimus stands head and shoulders above most of his companions. When he transforms, he takes on the appearance of a Semi truck, sometimes with a trailer hooked to the truck, ‘cause sometimes he’s got cargo. Don’t question it, just roll with it.

The final Autobot that deserves all the fan recognition is none other than Ironhide. Ironhide is a grizzled old war veteran who has seen and fought in many battles. He is gruff on the outside, but hides a tender heart with a great sense of self sacrifice. In the early cartoons he was killed by Megatron, the leader of the Decepticons as he was trying to give his friends time to escape. In the Transformers motion picture, Ironhide meets his end once again by Megatron. Even though Ironhide seems to be destined to die at the hands of Megatron, he still remains a fan favorite Autobot and deserves his spot in the favorites category.