Robots Continue looks like a city building game, although I am not sure yet how do robots fit the story. I guess the human civilization has ended and then robots took over, so they started to build their own metropolis. 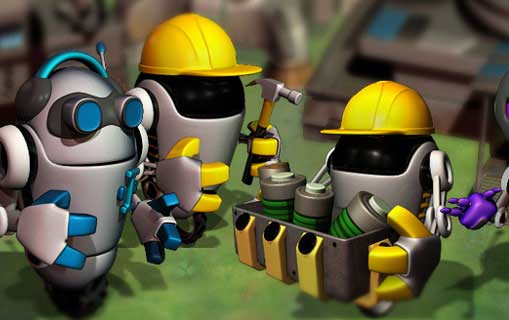 Anyway, the game consists of a set of stages with each stage having its own objectives. Level 1 asks you to build 3 houses and 'get' 40 metals and 50 energy, whatever that means. Sounds not too bad, so OK, let's try. 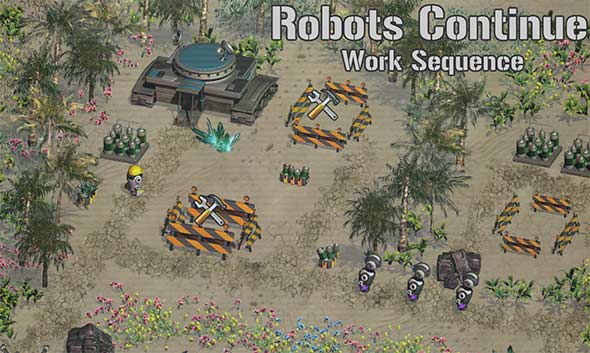 Metal is needed for houses building, as a material. To gather them you must click on stacks of metal. A robot will be sent out to get it. As soon as you gather enough metal, you can start the construction, i.e. to build your house. While one robot is occupied by building a house another one could get himself busy by either picking up the batteries or gathering some more metal bars. 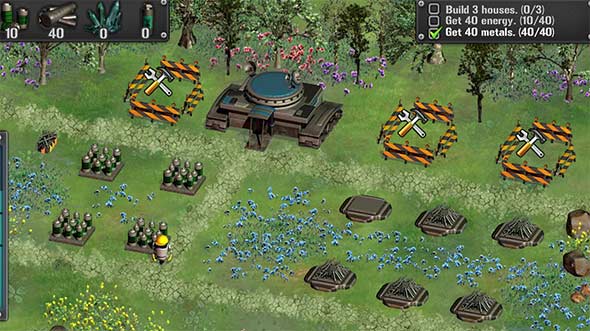 As you will see, houses aren't really something. They look like meat press or something, but they sure are perfectly fine for our robots. Evry robot to his taste!

A single robot can do only one job at a time. Still, you can make requests for several jobs. A little green arrow markers will denote what needs to be done.

Basically, the game is about strategizing and doing things in certain (proper) order. To work you need metal. To gain metal you need energy, and so on. As the number of workers increases, and you start doing jobs in parallel, things will get much more interesting.