The Peacekeeper is a total shooting arcade. That means that this is not one of those game where you exchange some random shots from the cover. This is real war shooting game involving robots. At the moment a robot invasion is happening, and you have to defend the territory they are invading. While enemy is advancing in waves, across the battlefield, you are in trenches and shooting from all available weapons.

A bit comical and sarcastic, the game is rated P - which means peaceful. But the game is all but that. Behind every enemy which is shot a blood trail remains, and the paddle we see in the battlefield slowly grows bigger. Don't get me wrong, there are no gore scenes, but there is lots of blood, and not in a bad way.

The ultimate goal of the game is not complicated: kill all enemies and all bosses on all levels and 'restore peace' in the end.

In addition to the fact that the game is programmed in high quality (great graphics, simple controls, smooth animations), in between 'levels' a very funny communication is happening between our peacemaker and command. By default, you are in crouching position. If you click the mouse, you reveal your position and start to shoot at enemies. When you let go of the mouse, you automatically take cover again. You move using arrow keys. 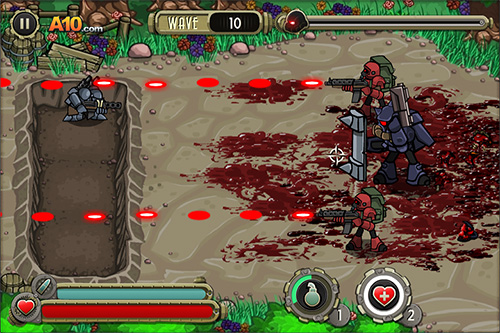 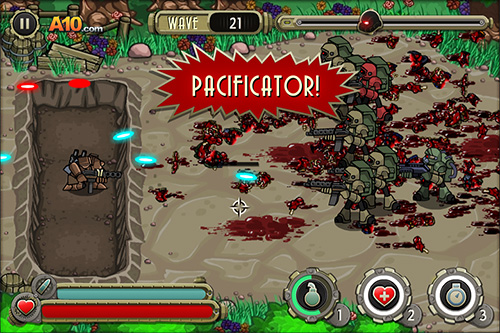 Berzer Studio (https://www.berzerk-land.com/. They simply make good games, and there is no mistake about that. There is also an official page dedicated to this game(https://www.peacekeepergame.com/). Currently, mobile versions for android are in distribution (https://play.google.com/store/apps/details?id=com.spilgames.a10.peacekeeper) and (https://itunes.apple.com/us/app/peacekeeper/id648911731)