The game does exactly what the title suggests: you control Robocop in a practice shooting room. The Robo is almost static, while moving targets pop up from three different places, moving towards and than upwards until they vanish. Robocop needs to be fast and try to shoot as many targets in the bulls eye as he can. Beside plain target shooting, he can also collect some bonus items, bullets and weapons. 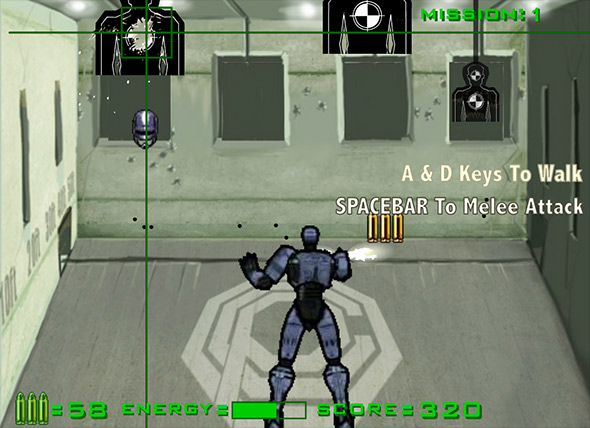 Robocop is a story from the 90s about a super cop, half man half machine. There was a movie and a TV series followed soon. It was very popular back in the day, but now, most of new kids probably never heard of him. He was a predecessor of modern day Transformers. The difference is that Robocop is a cyber machine built on a human platform of Alex Murphy - ex cop killed on duty. Transformers are all metal and steel with human traits.