If you wondered who is the fastest of all Transformers - the answer is Bumblebee in his yellow Chevrolet camaro. I mean, don't get me wrong, Optimus Prime is very powerful with his giant truck, but in the end of the day, Bumblebee's car is the lightest and the quickest of them all.

What this game needs you to do is to sit behind the wheel, make yourself comfortable,press the gas to the metal and do some nasty tricks you never dreamed a car is capable of doing.

The thing is, Bumblebee was caught in an ambush by Decepticons while fun driving in the mountains. Hilly terrain makes the ride basically impossible for a regular racing car, which Bumblebee is definitely not. 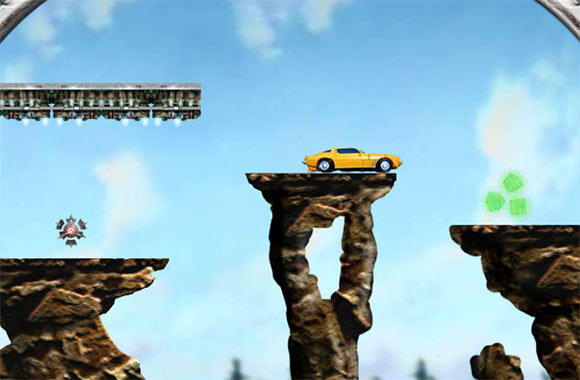 The idea is to collect as many pieces of Energon in other to empower the engine and therefore make the escape more likelier.

On the other hand you must watch out from the air bombs left by Decepticons, because they can seriously damage your vehicle. And the time is limited. Speaking of damages, it's not impossible to tumble down the cliff, so beware! 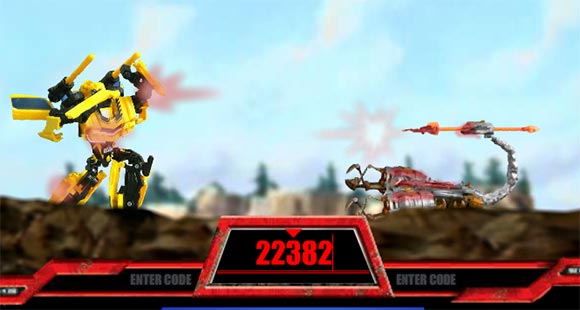 As you can see on the image, energon is depicted as a green misty cloud while there's a bomb slightly hovering over the ground. Avoiding bombs is a must, while you should avoid decepticons if you can.

If the contact with the enemy is inevitable, you will need to engage a one on one fight. In that case a new screen opens up and than you myst type in a calibration code provided at the top as fast as you can so that your Transformer can fight back and shooting down the opponent. 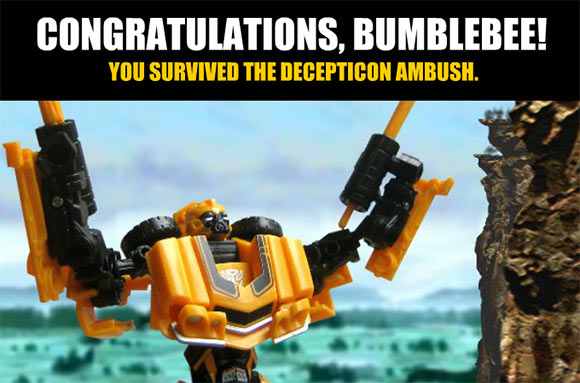 If everything goes well, you will survive the Decepticons ambush and be able to move on to the next level!