Your job is to put on a mech suit and lead a group of mercenaries to stop advances of the intruders inside the human space station A.R.C.S. The enemy has flame throwers besides the standard weapons, so avoid close combat.

The year is 3012., distant future. Intergalactic wars over resources have devastated planets. Wars are waged for centuries between different groups: 'Fanatics', 'Mutants', 'Robots', 'Megacorps'. The story begins aboard A.R.C.S. which is human space outpost. Invaders are approaching the base and destroying the life support protection which keeps the atmosphere of the station within normal parameters needed for humans. Plan is to immediately call the mercenaries to defend the outer perimeter of the base.

Basically this is a defense shooting game. At level one you can see that you and your robots occupy the right side of the screen and shoot, using mouse, in the opposite direction. The enemy returns fire but they die one by one and you have no problem completing this level. At the end, statistics comes out on how many enemies you have killed, how much ammo have you spent, your precision, credits earned etc. After that you get to see what is happening aboard the enemy ship and how does their most dangerous soldier looks like - Ultra Boss Rumpuz. The aliens have disparaging view of earthlings, they call them 'Meatbags' and are absolutely sure of their dominance. They are certain that victory is near, regardless of the resistance humans have demonstrated so far.

Within the outpost there is a Shop where upgrades can be obtained in exchange for credits you earn during the battles. There are many weapons at your disposal in the section called 'Armory'. There is for example 'Showstopper' - an oversized pump-gun, 'Snakesake' - mercenaries' favorite gun, then various upgrades, small and big repairs etc... 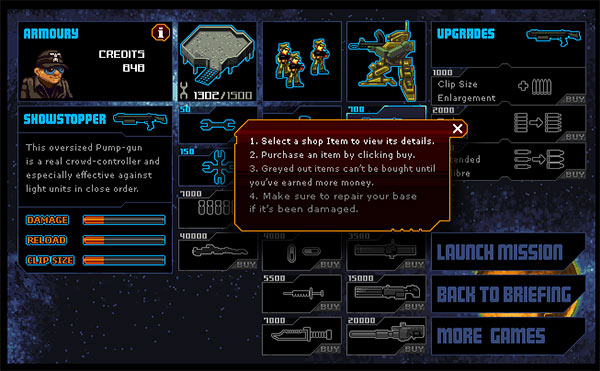 Defense games have always been and will always be popular. The fact that the action is placed in the distant future in space is a great plus and it combines practically the two most popular categories in one. The game is somewhat more complex then the average shooting games we have accustomed to. It is necessary to master the skill of weapon changing and how to do multi-kills. The background story exceptionally well follows everything that is happening on site. The author is Gregg Williams who works for Retromite, which is obviously oriented towards pixel art technique because we can see that objects are shown in somewhat lower resolution. That doesn't take anything from the experience, on a contrary, thanks to the pixel art we are under the impression that we are playing a real shooting arcade. An interesting fact is, as the author himself admits, that this game took around 500 work hours to make, which is a bit over two months if we count the 8 hour work day. Was the effort worthwhile, you be the judge.

Otherwise, Retromite Games is the author of several similar games like Gravitum (august 2013), RobotRiot (which also exists in versions for iPhone, mac and windows) etc. 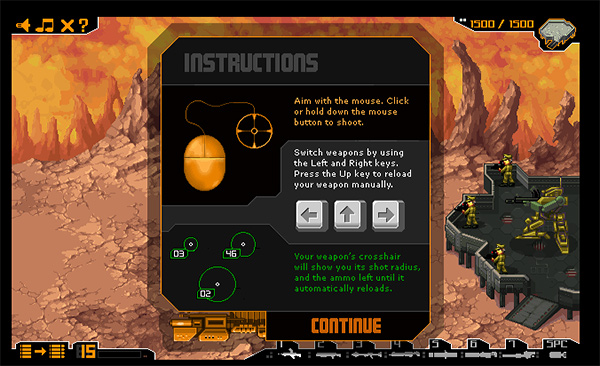 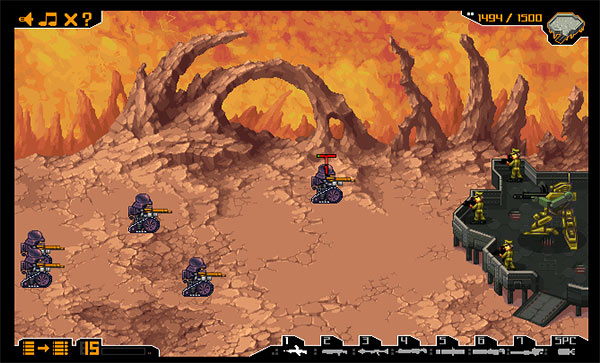 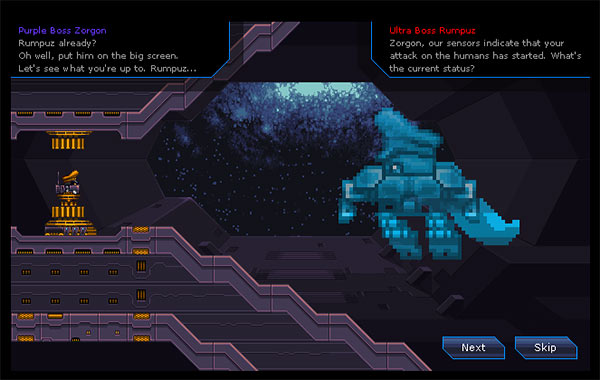