Grimlock is very strong and aggressive Dynobot, so you sure don't wont to keep him hungry for too long. For each Vehicon you catapult and put into his mouth, you get 100 points. You can use as many Vehicons as you like, but within limited time period. In the end, the score adds up and you get to see how well you did it. Use mouse to control angle and the launching power of the ramp.

The game addresses several terms I would like to discuss here. First, the 'KRE-O' word. If you are one of true die-hard Transformers fans than you probably know about KRE-O toyline started by Hasbro in 2011. Kreos are very similar to Lego blocks, and Transformers are just one of many others ('Battleship', 'G.I.Joe', 'Star Track', 'Dungeon & Dragons'...). So basically think of Kreo Transformers as small lego-like figurines depicting your favorite robots, also known by the name 'KREONS'.

You can see all of the kreons on their official website at this location here: https://www.hasbro.com/kre-o/en_CA/discover/kreons.cfm

Who is the Grimlock? 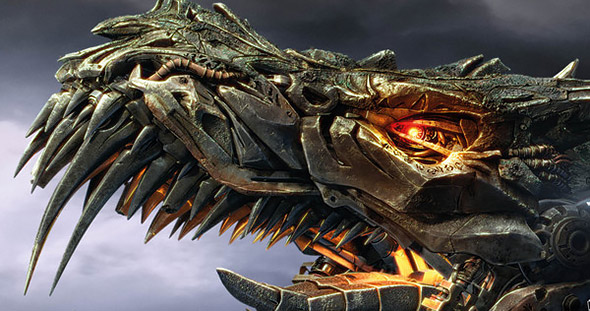 Grimlock is a badass leader of the Dinobots, pretty much independent, but still recognizes and respects Optimus Primer as his leader. Therefore this robotic T-Rex dinosaur still fights on the same side as Autobots. Generally he is a robot who transforms from his humanoid shape into a dinosaur, instead of into a car, like other Autobots do. Therefore he belongs to a separate kind, different type of a robot. 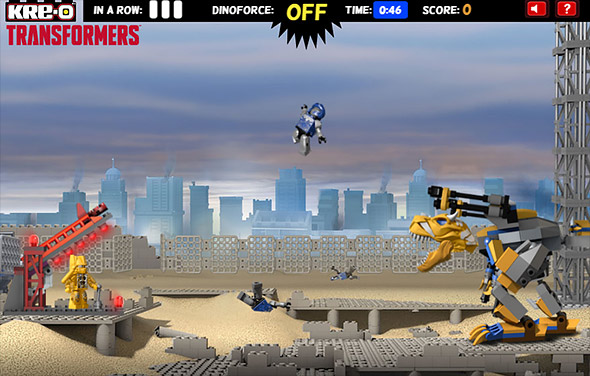 The game also mentions Vehicons. They are Megatron's little soldiers usually used as cannon fodder in fight with Autobots. They take more than 50 percent of Decipticon's population. Some people would say that they have been made just to make Autobots look cool while being destroyed in fight. In some way, that is the truth, because when their number drops, Megatron simply makes more of them to compensate the loss. So it is expecting to see Grimlock being fed with, who else but - Vehicons...